“Read the best books first, otherwise you’ll find you do not have the time.” — Henry David Thoreau

Having grown tired of the number of “should reads” on my “someday” reading list and embarrassed to admit (as a former book editor and self-professed bookworm) I’d not read some of the most towering works of Western literature, I decided to tackle the problem head-on with the focused and nerdy determination of a list-loving schoolmarm. 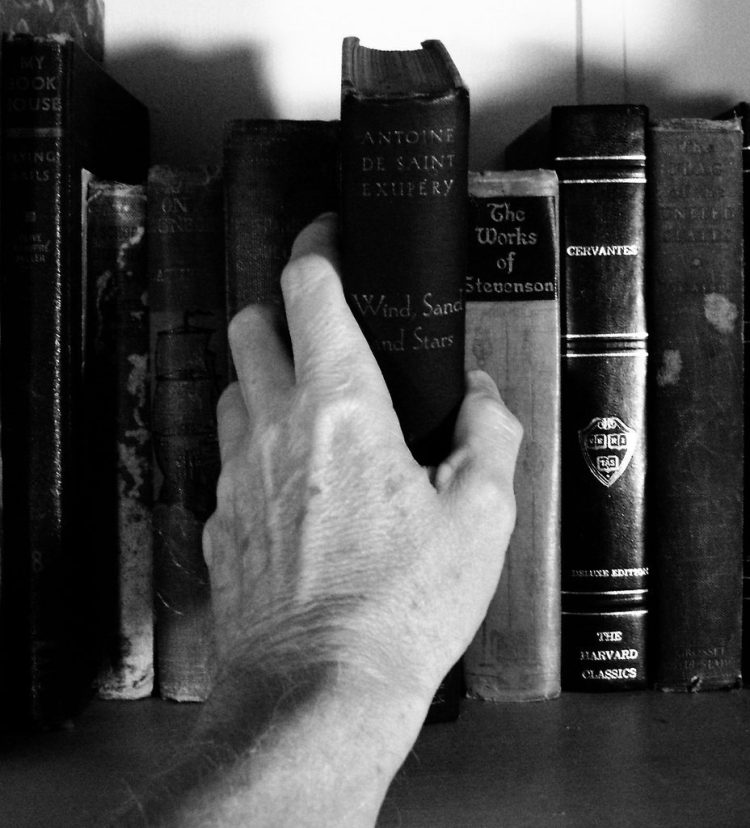 I love making lists, and I love researching books, so this nerd-tastic endeavor checks all my little heart boxes!

Creating a single, definitive list of must-read classics is a nearly impossible task, especially if you want to make a thorough yet manageable sweep through thousands of years worth of books in a relatively small amount of time.  The truth is you can (and should!) spend an entire lifetime exploring and enjoying the “Great Books.” This list isn’t intended to be exhaustive and authoritative, nor a stopping point once finished, but it does provide a balanced and thoughtful “first round” of classical reading, with a chronology ranging from 800 B.C. to the end of the 19th Century A.D.

Is it crazy to plan out the next five years of your reading life? Yes, perhaps. But crazy for a good cause! Here we go… 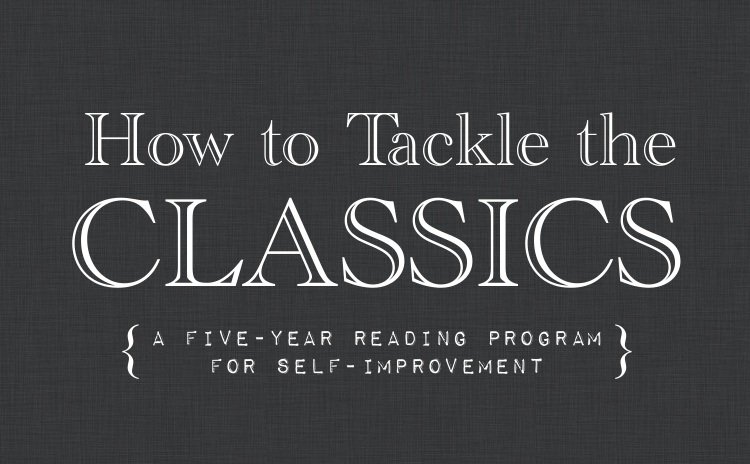 * I’ve read a few of these works before but felt they were too important to leave out (Austen, Twain, etc.) I’m excited to read them again in situ alongside their contemporaries.

Undoubtedly, everyone has different opinions on what constitutes “the best of the best.” For advice and guidance in compiling my reading list, I consulted (1) Susan Wise Bauer’s The Well-Educated Mind ; (2) Harold Bloom’s The Western Canon ; (3) Mortimer J. Adler’s How to Read a Book ; and (4) Clifton Fadiman’s New Lifetime Reading Plan. Much of the first year’s reading list was inspired by the online classical bookclub at Life in Grace. (Thanks, Edie!)

My goal is to read one classic per month. Each year’s list contains nine books, allowing plenty of free time for other reading (and to act as a buffer when I inevitably fall behind schedule). In narrowing down which books to include, five years felt like a comfortable time frame — not too rushed or too protracted — and I limited the list to works written before the Twentieth Century. That’s not to say I won’t be reading more recent classics in my spare time, but there’s simply too many to include as part of this list.

I’m sure there will be changes as I make my way through, but this is a good starting point!

So what do you think? Want to join me? What books are on your “should-read” list?